At 03:00 on July 30th Of Sound Mind was stripped of blue standings from CVA and purged from OOG Provibloc services.  Several hours latter after last ditched diplomatic attempts failed Of Sound Mind was reset again, this time to KOS for all of Provi Bloc.

Events leading up to this reset have been building over several months with Xavier XV, the executor of OF Sound Mind, becoming more and more tyrannical in diplomatic relations with neighboring allies.  The final catalyst, while seemingly insignificant in itself tipped the flood of issues over the edge.

The event happened on the 25th of July in the Severance system of KBP while hunting a group of pirate macharials who are known to use neutral booster lokis.  A Sev3rance fleet and a SOUND fleet engaged at the same time and members of the Sev3rance fleet tackled a loki that was neutral to them.  It happened to be a neutral alt flying in the SOUND fleet.  Cease fire was requested in local and done so.  However a VOLT member who was in the area and who had engaged (and disengaged) with Severance made some comments in local.

Fire on the loki by Heinrich had stopped according to logs provided at 22:46:07

As a response to the comments XavierVE ordered Heinrich killed in local:

The kill order was given fourty-eight seconds after Heinrich had stopped firing.  Heinrich was killed a minute latter at 22:48.

While the order to kill Heinrich was questionable it was not the end of the world.  Several FCs within the bloc have voiced they likely would have made similar decisions and in this matter where supportive of XavierVE's command decisions.  The problems begin in XavierVE's next comment in local.

Normal policy on blue on blue incidents is to reimburse the loss.  Initial diplomacy seemed to start out cordially (Ignoring the comments in local) with XavierVE notifying Volt Diplos why he had made the call and a firm refusale to reimburse.  VOLT diplos pushed, requesting the navy omen being reimbursed and requesting a apology over his local comments and tone.  After this point things start to get heated with VOLT threating to name SOUND a public enemy and XavierVE calling VOLT a pile of shit.

With mails flying around it is at this point that diplomats from Sev3rance and CVA get involved trying to calm the situation down.  Early Sunday (28th) morning Equinox officially requested that SOUND repay the omen.  In other discussions he was growing concerned with XaviersVE's attitude towards other diplomats and was concerned that he was going ot have to expell SOUND from the powerbloc because of XavierVE.

From: XavierVE
Sent: 2013.07.29 22:00
To: Equinox Daedalus,  June Ting,
Hello Equinox,
With all the shit-slinging and drama that VOLT has stirred up over our killing of Heinrich for attacking a neutral alt of CVA's who was in our fleet, we're going to decline repaying the Omen Navy Issue to them. He does not deserve a reimbursement and we will not be providing one.
And yes, we know what that means.
XavierVE
Alliance Leader
Of Sound Mind


In response Equi made the decision to request that SOUND return sov for which they would be fairly compensated.  At the same time a notice was sent out to CVA CEOs to make sure corporations were prepared for a Sov War campaign incase it came to this.  A internal mail was leaked to SOUND which was than forwarded to Equi.

From: XavierVE
Sent: 2013.07.29 22:47
To: Equinox Daedalus,  June Ting,
Hola Equinox,
We've done nothing to provoke the situation. With hostiles on field, I defended my fleet from someone while he smacked at us in local. I would do the same in any situation, no matter who was aggressing. We do not believe in subsidizing bad behavior.

Our sin is defending a neutral from a hostile, shit-talking, resident of a holder alliance in Providence. That's not the Providence I remember from being a rank newbie to EVE, it's not the Providence that Aralis would be proud of. We have opened our space to neutrals, only to see them shot at again and again when we roam around by "blues." You are going to reset and attack us for defending our fleet and not rewarding people shooting at neutrals.

What you call abrasive to everyone in leadership roles, I call talking plainly. You don't have to guess with anything my leadership team has ever said. We tell your our position, bluntly. If you want a cadre of weak-kneed leadership types afraid to speak their minds, so be it. It's just not who we are.

Our position is as it always has been. That we should be left alone to practice NRDS in Providence with the KOS checker as a loyal ally, as we have done for years... and that people who shoot at neutrals in fleets be given no coddling when they whine about the consequences of that act. I'd argue with you extensively about this, but I know your mind is made up.

It is your right to reset us and attack us if that's what you want to do. We will be in our home until our home is no longer accessible.

Four hours latter SOUND were set to neutral by CVA and purged from provibloc voice comms and forums.  While standings had been reset to neutral and SOUND had lost most access (they retained regional intel access and access to the internal leadership diplo channel) they had not been made KOS as there were hopes that there still might be a diplomatic solution.  However after the station name change was noted and the banner on their killboard was changed showing that they had an internal spy who was screenshoting comments made by CVA members KOS admins made the decision to finalize the reset and SOUND were set KOS.

As of this moment Operations are happening in the area to remove usability and assets from SOUND systems.  All Provibloc members are encouraged to attend CTAs announced in P-Fleet.

Altogether these recent turn of events have sadden a large number of provi-bloc members.  Many have fond memories of working with SOUND FCs and members.  In the end, a post from another provi-bloc executor probably sums everything up best.

For the record I must state that SOUND are generally great guys, they have done a lot of good around Providence and certainly deserved their place among holders. They have and will always have my respect for their tireless efforts. However, when it comes to the past (few) week(s) there seems to have been a steady decline in diplomatic relations and civility. I was not there to witness it all personally, but from the logs I have seen, the language used by Xavier was fairly colorful. Since then they have blatantly posted screen shots of secure forums on their website, they have renamed their stations to taunt us further...

It isn't that we don't want to back down... I, and everyone else in leadership, want a peaceful diplomatic solution... However, the choice isn't ours. This escalated in such a way that the ball is now in Xaviers corner... CVA and VOLT diplos did all they could to prevent this... and I still wish they would have succeeded... However, it seems SOUND has their mind set on war... why? no clue...

So, sadly, unless SOUND returns to the table with a clear intent to end the fighting... no one in this will back down...

Please leave a name and do not post as Anonymous! 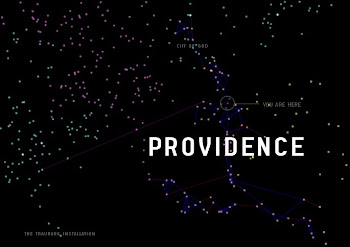